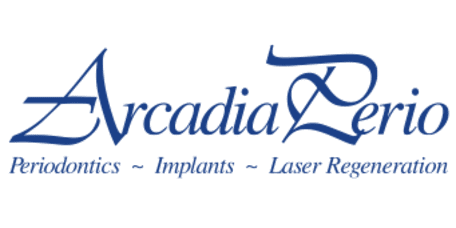 As a specialist in periodontics, dental implants, and laser dentistry, Arcadia Perio , of Arcadia, California treats a variety of dental health problems including periodontal disease, sometimes referred to as periodontitis. This bacterial infection of the soft tissue in the month has some potentially serious consequences, including putting you at risk for heart disease.

What is periodontal disease?

It's a serious infection of the gums and other soft tissue that support your teeth. Left untreated, bacteria go beyond the tissue to destroy the bone in your jaw and can even enter the bloodstream to infect major organs.

There are three categories of periodontal disease with chronic, or recurring, being the most common. Most people experience periodontitis at some point in their life, even children. Each time it comes back, it does just a little more damage. The slow deterioration of the soft tissue is what leads to receding gum lines and loose teeth.

The third variety is necrotizing, which is a rare form of the disease limited to individuals with a suppressed immune system due to HIV, drug use, or malnutrition.

Periodontitis is caused by plaque, a thin, sticky film created by bacteria that live in the mouth. The bacteria feed off sugars that you eat and produce the plaque. Daily brushing and flossing helps remove the film from your teeth, taking away the bacteria with it.

Any film that doesn’t get brushed away hardens and becomes tartar or calculus. The tartar that stays on your teeth is loaded with bacteria that start breaking down enamel and tissue. It's this tartar that Dr. Fuentes, Dr. Peterson, and their staff remove during the teeth cleaning and scaling process, and with prophylactic root planing.

Is periodontal disease the same thing as gingivitis?

Gingivitis is the early stages of periodontal disease. At that point, periodontal therapy and interventions like deep cleaning can prevent damage. Chronic gingivitis puts you at risk for developing the more serious infection associated with periodontitis, though.

When to make an appointment?

Periodontal disease is something Dr. Fuentes and Dr. Peterson look for during your regular checkups, but there are some symptoms that may prompt you to make an appointment such as:

At Arcadia Perio, we accept all PPO insurance plans. Here is a list of some of the plans we accept. Please contact our office if you do not see your insurance provider listed.

Words from our patients